Google pay, Gpay is one of the most used payment apps in India. Seeing the current twitter trends and people talking about whether google pay has been banned in India?. The answer to this question is No; however, the National Payments Corporation of India, NCPI has put forth some clarifications to the speculations and rumours that were spreading like fire on Twitter and WhatsApp.

The NPCI released a statement clarifying that google pay is not banned in India and will continue to work as it used to. It also explained that apps like Gpay, Phonepe, Bhim UPI, etc. are built on the Unified Payments Interface, UPI, and these apps don’t have their work system in simple terms.

These apps like Google pay, Paytm UPI, Bhim UPI is based on the workflow of UPI, and thus everything is connected to UPI gateway. These apps play the role of a bridge to get your payment done, but in the backend the process for all the UPI based apps is same, and they are termed as payments System Operator, PSO. They don’t govern any payments, its all based on the UPI system.

The conclusion to this post is, No google pay or Gpay is not banned in India, and you can continue using it. I would also urge you to report the Whatsapp forwards where you see the information about google pay getting banned. 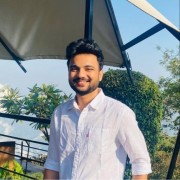