Can’t get online? Tired of those common multiplayer titles? Want to try some strong storyline-based single-player games? Well, search no more. We have got you a thrilling and adventurous list of the top 10 best offline PS4 games.

There are many incredible multiplayer online games like Fortnite and PUBG on the market; however, Sony’s PlayStation 4 features tons of offline story-driven narratives, video games of exclusives, and non-exclusives that can be enjoyed without the need for the internet. In the modern gaming landscape, in spite of the community’s claims of single-player games being ‘outdated’ or ‘dead’, they are still some of the highest-selling games in the PS4 market.

Most of the games mentioned below are on the “Best Games Ever“ list.

The Ghost of Tsushima is one of the ancient masterpieces out there. Very large and beautiful map to explore the Japan of the late 13th Century. The story is based on the time when Japan was attacked by Mongols.

Tsushima Island stands between the mainland of Japan and a massive Mongol invasion fleet led by the ruthless, fearsome, and cunning Mongolian general, Khotun Khan.  You play as Samurai warrior Jin Sakai who is one of the last surviving members of his clan and is on the hunt and thirsty for blood as the island burns on the first wave of the Mongolian assault.

The character development throughout the story is very intriguing, with excellent fight scenes and a lovely background score.

The next era of mankind!!

Run into Aloy’s legendary quest to unravel the mysteries of a future Earth ruled by Machines. You can use devastating tactical attacks against your prey and explore a majestic open world in this award-winning action RPG!

The title takes place in a post-apocalyptic world where nature has reclaimed the rights of a forgotten civilization; humanity lives on in primitive hunter-gatherer tribes. Their dominion over the new wilderness has been usurped by the Machines – fearsome mechanical creatures of unknown origin.

This game is a technical masterpiece with beautiful open-world settings and engaging gameplay. The game has won numerous awards, and critics have praised its open world, story, visuals, combat, and more. Its sequel is highly anticipated by fans over the world and is set to release on PS5.

America, 1899.  Where the end of the Wild West era has rightfully begun.

After a badly gone robbery in the western town of Blackwater, Morgan and the Van der Linde gang are forced to run. With federal agents and some of the best bounty hunters in America chasing their lives, the gang must steal, rob, and fight their way across Wild America in order to sustain and survive. As increasing internal divisions threaten to tear apart the gang, Arthur must make a choice between his loyalty to the crew who raised him and his ideals.

Rockstar Games continued their hot streak with Red Dead Redemption 2 by offering one of their most heartfelt stories yet. Arthur Morgan has become the most beloved protagonist in history. Red Dead Redemption 2 is truly a masterful game that does not pull its punches in any aspect of the game.

RDR2 is one of the most beautifully visualized games with a massive open-world environment bringing back the aesthetics of the American Gangster Era with realistic gunfights and an awesome storyline.

The Best Game in the Witcher series and remains one of the best open-world, single-player games on the market. Heavily based on a series of novels by Polish fantasy  – Andrzej Sapkowski – The Witcher 3 showcases the story of Geralt of Rivia, who is a Witcher.

Released in 2015 and won the game of the year award, the best game in the field of storytelling with great action sequences. Its background score stands out as the best among all the games made till now.

You can easily spend more than 100 hours on the game monster hunting and completing both the main mission along with other side quests and still be wanting to play more. 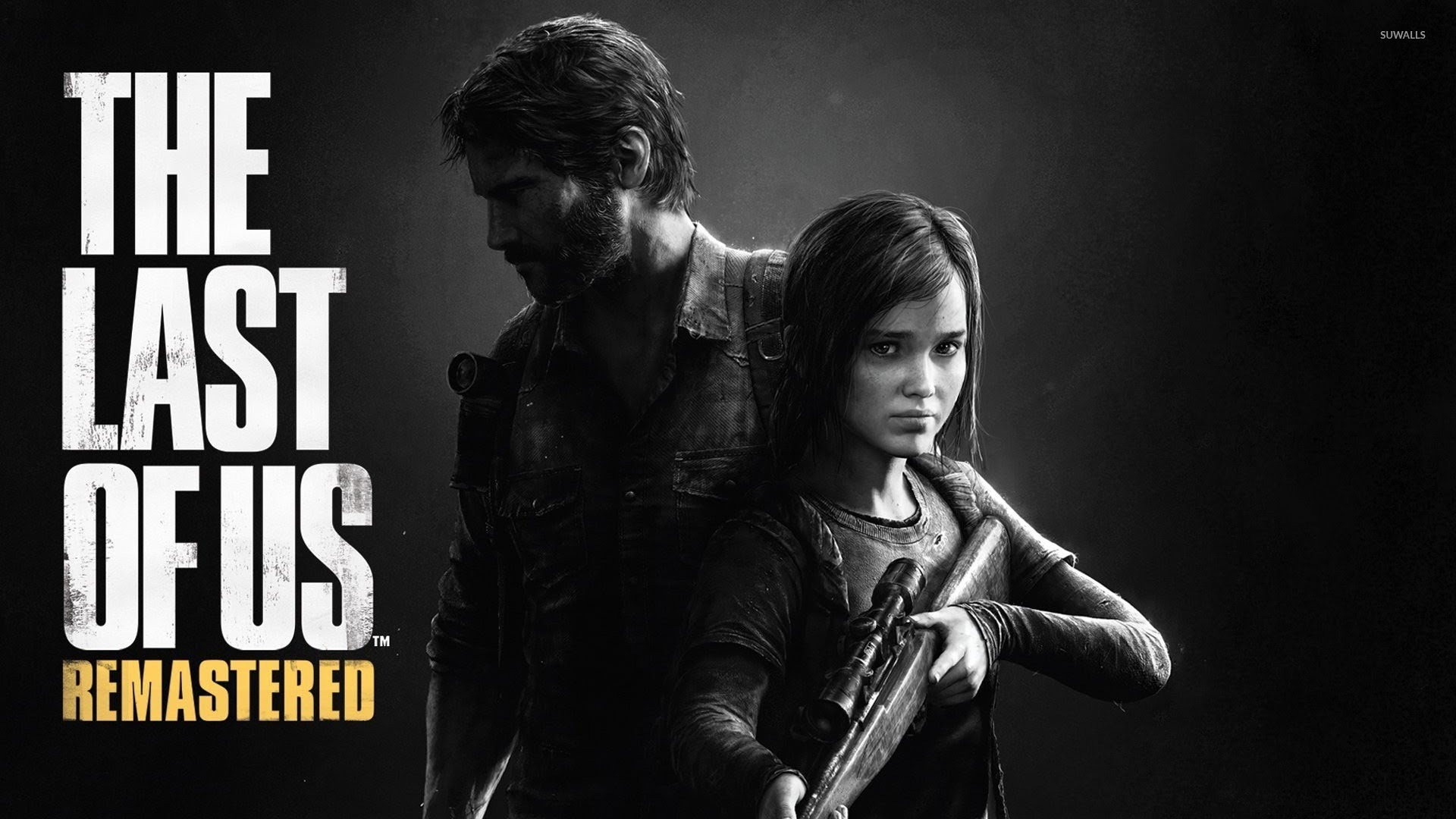 The Last Of Us has one of the best stories in the history of video games. Set in yet another post-apocalyptic world – this intriguing title is a dark, scary, and intense experience with an ending that will just melt you.

Joel’s exhausting adventure with Ellie first came out on the PS3 in 2013. The following year Naughty Dog brought the game to the PS4 with numerous visual enhancements and other gameplay details. It still remains one of the top story-driven titles on the market.

The winner of more than 200 Game of the Year Awards, bringing the epic fantasy to life in stunning detail.

Skyrim’s main story revolves around our character, the Dragonborn, on their mission to defeat Alduin, the World-Eater, who is a dragon who vowed to destroy the entire world. This game is set 200 years after the events of Oblivion and takes place in Skyrim, the northernmost province of Tamriel.

Skyrim is the northernmost region of the Tamriel Continent, and its gaming visual geography consists of beautiful mountains, high snowy Tundras, pine forests, medium-sized rural countrysides, and pleasant arctic plains. Its architecture and atmosphere are very incredible and similar to the town of Bruma, which was in its previous game, The Elder Scrolls IV: Oblivion. 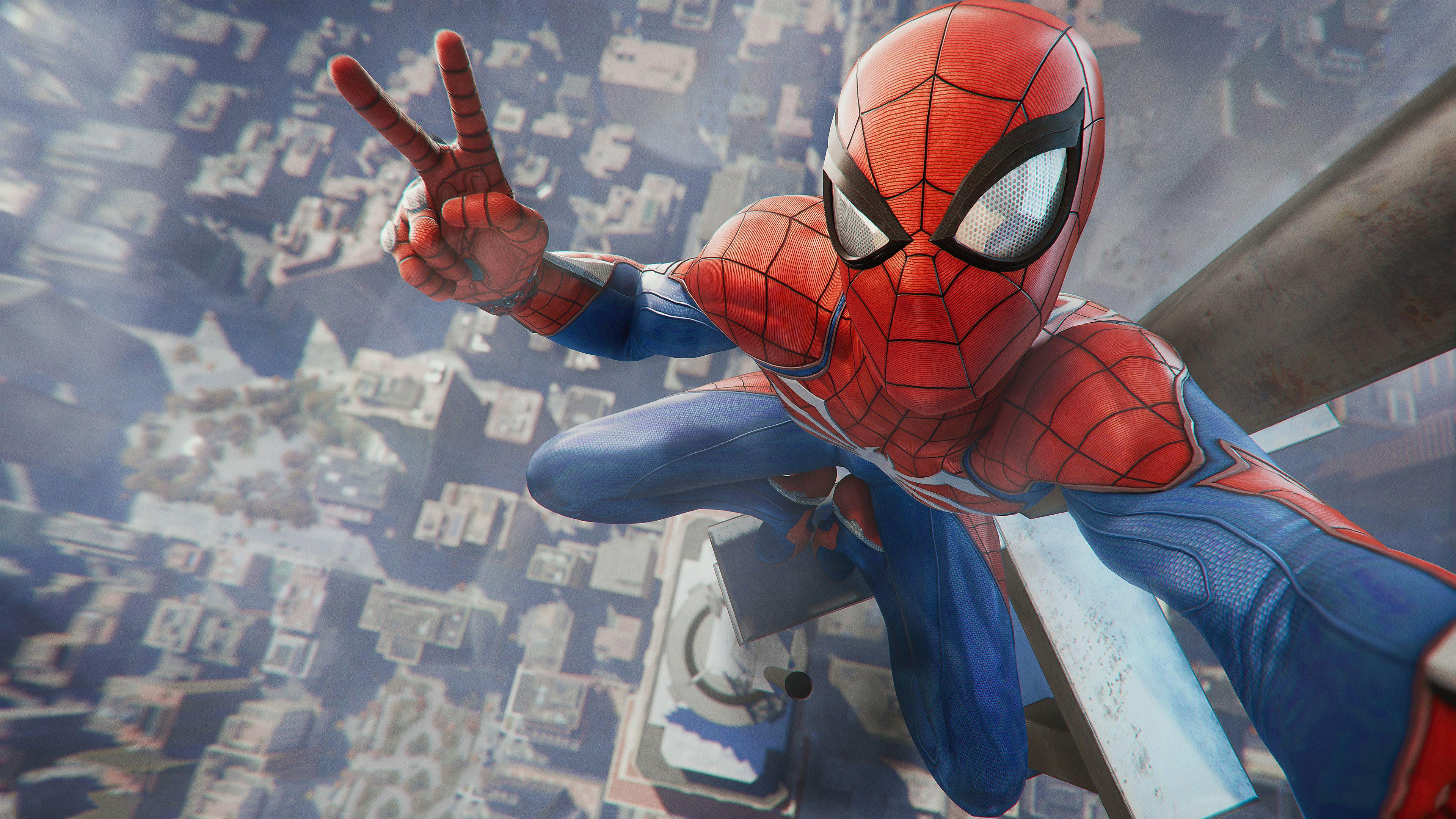 Marvel’s Spider-Man is the winner of the 2018 best game of the year award and is rightfully deserving so.

After Marvel cracked a deal with Sony for character rights, this is the first look at what all expected from them. The game was very well-received across the globe due to its action-packed gameplay and light-hearted storyline.

Marvel’s Spider-Man still stands as one of the best comic book video games ever released, and it is only available to play on PS4.

Recently developers released a remastered version of the game, which includes the graphic enhancements of the open-world city. The game lets you swing across the skyscrapers in the Queens and fight bad guys with the most flexing combat style and has a beautiful story to follow.

It’s a must-play game if you are into superhero flicks.

No one ever believed that how anybody could ever top the original God of War games, but Cory Barlog and Santa Monica Studios managed to bring a legendary franchise to a new level.

This is the first God of War in which you’ll see a different side of Kratos. Yes, he’s still as fierce and brutal as he was in the previous games, but there’s an emotional touch in this particular title, the touch of fatherhood. The relationship between Kratos and Atreus is remarkable and depicted very convincingly.

Trying to escape his bloody past, Kratos leaves the world of Greek myth for the world of Nordic legend. This game contains frantic actions, clever puzzles, and a beautiful story, which makes this game a worthy play. 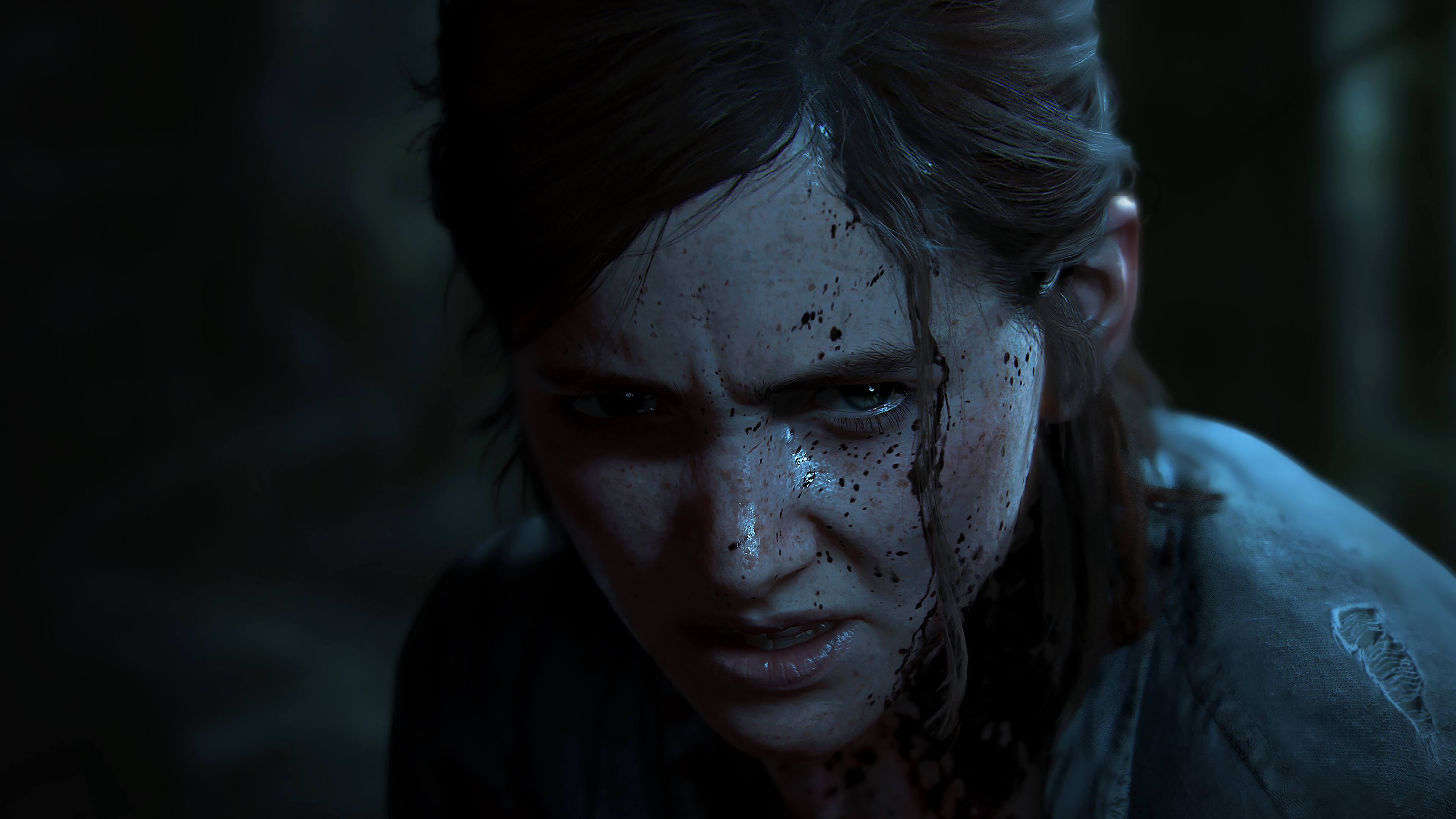 The game received very mixed reviews when it was released. But there is one thing for sure, this is not the game for people who don’t want to deal with morality and internal conflicts.

The game revolves around the characters’ inner conflicts and has very emotional breakouts throughout the journey. There are some moments wherein you would even consider yourself the antagonist. The internal conflicts will drain you emotionally, and by the time you finish the game.

The story starts right where it ended and drops a bomb on you by killing one of the most beloved characters of the game. The story is a brutal journey following two characters on their quest for vengeance, which surprisingly connects to the first game.

The Last of Us Part II is a next-generation PS4 title and a must-play for sure. We can call it a very top contender for the 1st position in the top 10 offline PS4 games list. 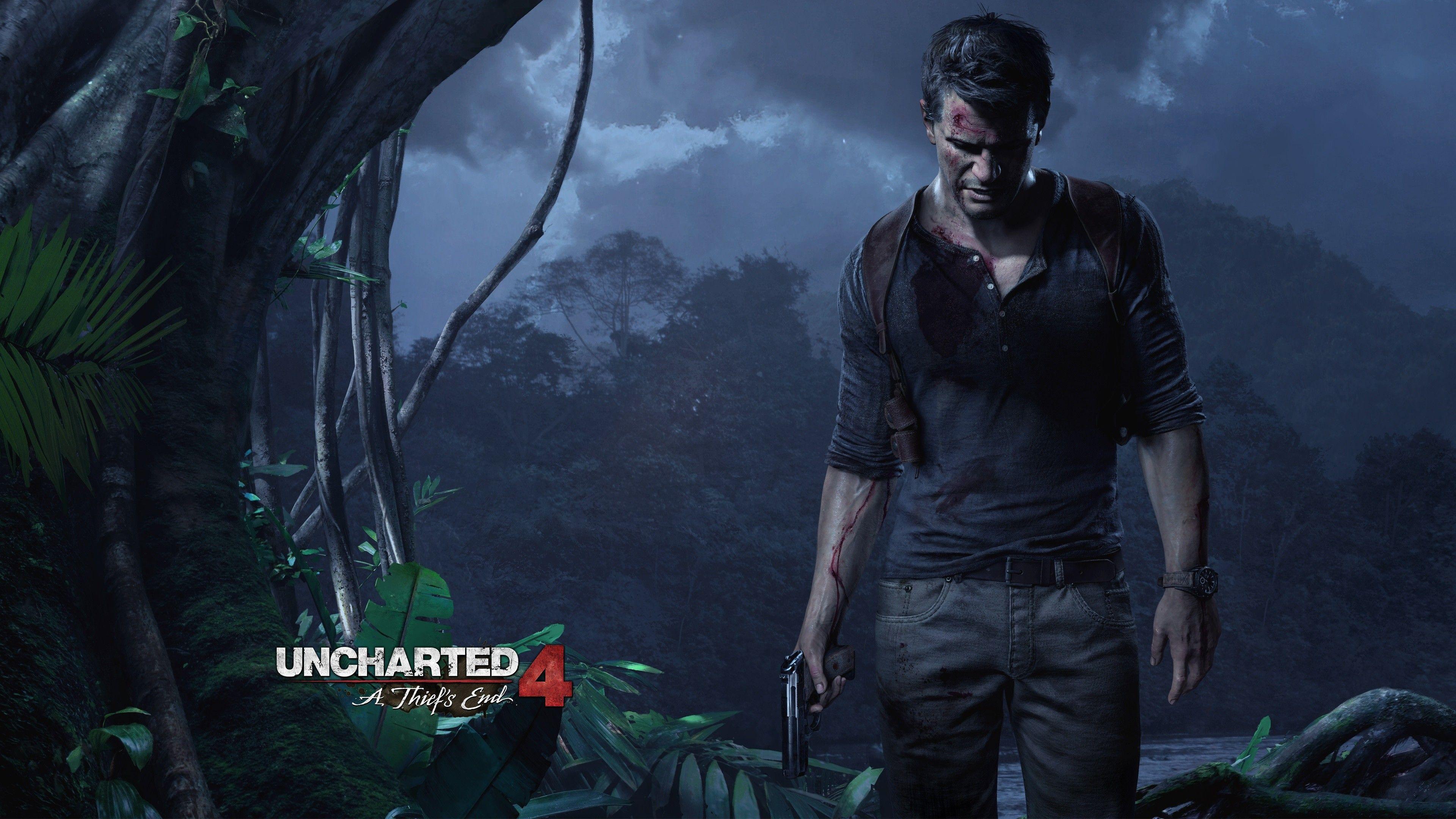 Uncharted: A Thief’s End is not only a game; it’s an experience.

The final chapter of the story of Uncharted’s hero, Nathan Drake, is nothing short of astounding. A Thief’s End plays like a Hollywood film with astonishing actions and gameplay. It completes a great story to end a successful character arc. The game’s strength lies in the spectacle in its simplicity and the characters it showcases. These aspects make it the best among the list of top 10 best offline PS4 games.

This is one of those games which requires you to play all the previous titles to fully understand what’s going on. Uncharted 4 is no doubt the best game in the franchise and also with an absolute technical powerhouse. Along with that, it has a treasure-hunting story, fascinating action scenes, and also some puzzles on the journey.

Although the story of Nathan Drake ends here, the Uncharted series continued with the game Lost Legacy. Which portrays a familiar face from the original series.

These are the Top 10 best offline PS4 games hand-picked by the World Wire Team that you can play and experience the thrill of it. The list covers all the genres from the ancient world and futuristic modern land to the post-apocalyptic world. It also contains some heart-touching stories, cinematic experiences, Mythical figures, and superhero flicks.