Bitwarden Vs LastPass - Which ones is Best?

If you have a problem with remembering stuff that you most often do not apply or use in your life, it just becomes more difficult altogether. Especially when it comes to remembering the password for tons of accounts that you have to set up on every app, every website and literally everywhere else.

No one can be so good at remembering it and we do not blame you.

But what might potentially come to your rescue are these password remembering  softwares that manage all your passwords, offer right security in terms of who can use and other plenty of other features.

Quite honestly, when we start deciphering the best password managers, it breaks down to these two namely – Bitwarden and LastPass and it can’t get any better than them. But, we can choose and use only one of them, right? So only one can remain triumphant in this Bitwarden vs Lastpass competition.

What’s best is to compare them side by side over a certain points or rather factors that’ll affect their efficiency and productivity in terms of providing the optimal service to its users. So according to these factors, let’s and compare and rate them accordingly. Let’s take a look to give you the best choice in this arena.

Setting up a match : Bitwarden vs LastPass

To decipher it further down for our readings and simplify it, consider this an epic faceoff against one another. There will be six rounds in total. The duo will battle it out in each round to see who amongst them is supreme. Each round will have a point and at the end of all the 6 rounds, we’ll have to tally to decide the winner.

The point here is that even though we’re making very objective comparisons between the two, your subjective needs might prefer from one another. This means that what you expect and want from a password manager might be different for someone else.

There are various tools and other factors in these password managers that will help you decide what’s best for you. To do so, I recommend you to read each and every section out here very carefully to make a conclusion out of your own on the same. I will obviously include my stance on both of them but if you need this tool for a particular usage, please read each point carefully!

On the other hand, if you need to authenticate your LastPass account, you’ll need only your Master password.This master password is then sent through around 1,00,000 rounds of PBKDF2 hashing to unlock the vault.

This in effect means that LastPass never sees neither stores your password. Furthermore, your master password never leaves your machine! Although, their service was hacked in 2015 resulting in countless accounts being stolen.

In terms of Bitwarden’s open source approach, it is quite similar to LastPass including AES-265 for the vault and a zero knowledge model too. Although, the source code is available publically allowing anyone to dig in through it.

The greatest threat to password security comes through authentication and on that front, Bitwarden is quite tight. A string of generated keys and hashings are used to authenticate your account to make it as safe as possible.

Furthermore, due to its certain features, if Bitwarden gets hacked, you will still be able to access your account and won’t lose out on any information. Bitwarden also offers more because the source code is available for audit so any issues are cleared as soon as the officials come across it.

Furthermore, the self hosting option will also eventually aid in to give this round to Bitwarden.

One of them is oftentimes looked upon as a shareware while the other as a commercial product, both offer excellent free plans. Although when it comes to paying, both come out fairly differently.

If you consider Bitwarden, it’s an open source piece of software and it has made all its core features like two factor authentication, multi device sync and unlimited storage for free.

The paid plans include an additional 1GB of encrypted file storage, password health reports and quick customer service. It’s prices are 1$ a month and 10$ for a year.

In terms of LastPass, it has a one month plan at 3$ and a family plan for $4 a month. The free version actually makes the premium one look too bad and it isn’t worth it.

That being said, Bitwarden also has a family plan at $1 for up to five users with multi device sync and unlimited storage!

So this round will also go to Bitwarden and it is now leading at 2-0!

When choosing between a shareware and a commercial product, user interface is the one that makes all the difference. Despite being free, Bitwarden has a much better user interface than LastPass.

It is more like a desktop based experience. There’s also a browser based website but it doesn’t provide too many options as this one. The interface is astoundingly clean and very easy to dive in.

It also does include a few problems, some being that it only supports secure notes, credit cards, identities and passwords. There aren’t any other custom features to fit anything else. Lastly you’ll have to provide which URL you want to save your passwords all the time.

Although if you take a look on the other side, LastPass is spectacular when it comes to user interface at least. LastPass goes wherever you go on any platform. The website interface is very easy to use and it is a child’s play to organize folders and filter them accordingly.

It already comes in with a lot of default and pre existing entries as well. But what’s more, it also allows you to custom create entries according to your disposal.

There’s background automation going on as well wherein in LastPass there is a universal setting identifying the URL whereas in Bitwarden you will have to type it out and it can get too much sometime.

The scoreboard is 2-1 in favor of Bitwarden.

Even on their free plans, both of these quite formidable apps are loaded with a lot of features. LastPass offers a security challenge wherein you can view your old, changed and the latest passwords used. It also comes up with an automatic password changer.

The premium option will make changes to the hardware, especially with the 2FA with the FIDO U2F standard and using LastPass even for applications. The latter one effectively means that it will auto fill your passwords when you’re using local apps.

On the other side of the boat, Bitwarden offers similar features, though most of them are either available on the free version or the paid version.

This means that, for example, the password health screen which shows how weak/strong/old and other password relevant data is only applicable and shown in the paid option.

But it’s so cheap that we cannot really think twice about it.

The core feature lies in self hosting which is available in no matter any subscription you’re using.

There’s quite a tough edge competition going on between the two, whereas one hand LastPass offers a lot of options for casual users here and there, Bitwarden provides an arena full of options for techies to dive in and analyze it.

Yet what I speculate is that the self hosting option is a tremendous one and it will benefit a lot of the general population all over the globe for a variety of uses. So, this round is backed by Bitwarden.

Although, it could easily be LastPass, depending on what earlier you’re looking out to use, as being said earlier. So review this section carefully.

This round finishes with Bitwarden leading 3-1!

A lot of options are being made available to users worldwide for free, this in effect makes it quite safer to assume that most of the cash flows is coming from business subscribers. In terms of LastPass, it has earned a huge reputation because it has made its services to all kinds of businessmen and firms, small and large.

Bitwarden on the other hand is eminent because it is quite cheap and can help you with its strong core features. Bitwarden’s team plan starts at $5 for 5 users per month and for an additional user it will cost you 2$ per each user as compared to LastPass 3$ per additional user.

It’s price of top-tier business plan is at 3$ per month providing a collaboration with Active Directory, user groups and many more. It seems to be spectacularly impressive in comparison with its competitors.

On the other hand, the latter has an advantage, that is it includes multi factor authentication. It has a contextual MFA so instead of just using a single round of check in’s, MFA uses multiple like checking the IP address, the date and time of login and several others.

Closing this round will also be extremely tough because of one factor, that is the MFA. But it should also be noted that one can purchase an MFA pretty cheap elsewhere, so there shouldn’t be any need to pay for the same through LastPass.

As a result, this round goes to Bitwarden because of its price and the features it provides with that.

Oftentimes, the password manager support is awful bad and the one with an open source is usually worse. Yet, both Bitwarden and LastPass provide decent services with regards to support.

For ending up on a contact form, you will have to find an apt article and then click on ‘contact support’ for the same. LastPass’s community fork is quite phenomenal which is mostly available all the day, so you’ll be fine.

In terms of Bitwarden, despite being free, it goes further on in terms of consumer service. There’s a full knowledge base including a lot of helpful articles for you.

There’s also a link on each and every page on this knowledge base article so that you can talk to the relevant officials and helpers concerned.

This has made Bitwarden’s customer service absolutely gold and despite being free, it has been fairly decent in this aspect.

So this round yet again goes to Bitwarden, making it a thrashing 5-1!

So we have a clear winner here in the name of Bitwarden between Bitwarden Vs LastPass Detailed Comparison where it offers enough in terms of its security, pricing, features and support to become a very excellent password manager here.

That being said, it obviously isn’t the case that LastPass isn’t any good. Despite how the score line looks, the competition on the each round that LastPass provide was extremely high, the margin of winning is fairly small.

Although if I had to choose one, Bitwarden it is! Do you agree with us? 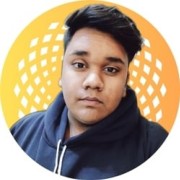