Six people were killed and 62 were injured by a sport utility vehicle (SUV) driver who hit participants and observers at a Christmas parade in Waukesha, Wisconsin, United States, on November 21, 2021. Darrell E. Brooks, 39, was arrested and charged with six counts of first-degree intentional homicide. The motive for the attack isn’t clear, but police believe the driver acted alone and didn’t know anyone at the parade.

There’s a traditional Christmas parade in Waukesha, a western suburb of Milwaukee. Due to the COVID-19 pandemic, the parade was canceled in 2020. It was the 58th annual parade and the theme was “Comfort and Joy”.

Charges on Darrel Brooks  for the attack in WI

According to the Waukesha County District Attorney Office, Darrell Brooks Jr., who drove into the Waukesha Christmas Parade in Wi on Nov. 21, was charged Monday with a sixth count of first-degree intentional homicide.

Victims of the Waukesha Parade in Wi

More than 60 people were injured during the attack done by Darrel brooks in Waukesha. Jackson Sparks is one of the names who faced death due this tragic incident. People were seen mourning for Jackson Sparks death. Sparks was just 8 years old when this accident happened. 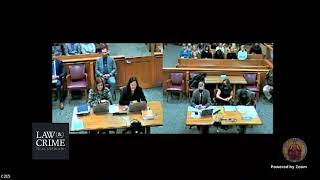