“Immigration Nation” is a Netflix series that revolves around the lives of 8 families living in the United States. The show is produced by an Industrial Media-owned production company called The Intellectual Property Corporation. Today in this article, we’ll know more about the characters and their lives. Train Episode 8 Release Date

In the first episode of the “Immigration Nation,” we meet two fathers who are separated from their children and families having no clue of what is happening in their lives. Josue Rodriguez could only get his son with him across the border; he had to leave his wife and daughter behind in Chihuahua due to the lack of funds. He has been working extensively to reunite his family, but he gets detained, and in this process, he lost contact with his son as well.

Erin Ramos came to America in the hopes of giving his daughter a better life. His daughter was already processing from the trauma of witnessing the murder of her mother. A psychologist had suggested him not to separate from his daughter at any cost. But one day suddenly, the ICE finds them, and his daughter is taken away, and he has no idea where she is and how his daughter is dealing with the situation.

Bernardo Arevalo left his family in Guatemala, and he comes to America with his son, Emilio. He gets arrested, leaving the teenager alone, who has to live with his aunt, and she is already struggling to fulfill her own needs. The distance and coping with school get too much for his son, who considers going back to his family. However, his fate is all dependent on what happens to his father. 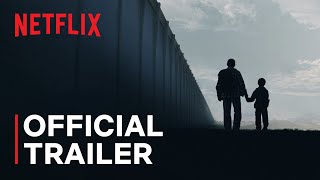 Carlos Perez is a cop who has been using his position to help bring down criminals. And he had to come to America with his family due to the increasing danger for him back home. But he is put into detention, and he has to reconsider what would happen if he were to be deported back to where he came from initially.

Where are Immigration Nation Families Now?

Josue Rodriguez has finally reunited with his son, and very soon also reunited with his wife and daughter. They have finally settled in Virginia Beach but are still in the process of finding out whether or not they would be able to have the chance to stay in America or would have to go back.

Erin Ramos reunited with his daughter in McAllen, who is in Texas, from there they both head to his cousin Bairon’s place in Sanford, Florida. They hoped to have a new beginning there, but again, fate plays its role, and the process still hasn’t completed.

Bernardo Arevalo was let out of detention and reunited with his son in Houston. Even he is under the same process and has no clue whether he get5s to stay or not. On the other hand, he starts working on the way to get a proper house for himself so that he could the rest of the family to stay with him and his son.

Carlos Perez, however, is not so lucky. Even when he followed through all the rules of getting documentation and reporting to ICE, he had to go back to the place he came from, and he gets back to the danger zone he came hoping to start a new life.

“Immigration Nation” is a limited series that is available on Netflix. The series has six episodes in total, and it deals with the lives of 8 immigrant families trying to start their lives in the United States. How fate plays its roles and what happens with the families is something to look out for in the show.