New Visual released for Jujutsu Kaisen Anime: The official website for the upcoming anime Jujutsu Kaisen just released a new key visual. The visual looks stunning and gives an eerie vibe to the anime. Jujutsu Kaisen is an upcoming dark shounen action anime based on the manga of the same name. The manga is written and illustrated by Gege Akutami. Jujutsu Kaisen was one of the most famous manga mostly due to its not so shounen vibe. And now that the release date is really close it is really hard to control all this excitement.

The story revolves around a high school boy named Yūji Itadori. He has an immense talent for sports but joins an Occult group as he just wants to chill and hang out in his college years. Another reason is that, by joining the occult club, he can leave school early and go meet his grandfather. Who is counting his last days on his fingers. Before dying Yūji’s grandfather told him to always help others and don’t die alone.

In the city where Yuji lives, supernatural monsters are known as “Curses” also reside and they kill humans. One day Yuji finds the legendary Curse Sukuna Ryoumen and then he was attacked by the finger powers. To save himself Yuji accidentally releases the Sukunain the world and because of that Yuji is classified as a really dangerous being in the eyes of “jujutsu”.

Yuji is sentenced to death. But a teacher from Jujustu High School, Satoru Goju, tells him that if he kills of exterminating the remaining Sukuna from the world, he will not die and can live his life. To make the world a safe place for everyone, Yuji enrolls in the Jujutsu High School. He starts preparing for the battle that he has to fight. But this will not be easy as he will fight various monsters in the world. And he has to put his life in danger every time he will fight.

On November 25, 2019, it was announced that the anime series is in production. And now, the anime is all set to release on October 2, 2020. The anime will air on the “Super Animeism” block on MBS and TBS. Crunchyroll will stream the anime worldwide. So, we request you to use only legal and legit sources to watch the anime as it will help the creators.

The series is directed by Sunghoo Park. With Hiroshi Seko as the scriptwriter. MAPPA will produce the series and Tadashi Hiramatsu will handle the character design and Hiroaki Tsutsumi, Yoshimasa Terui and Arisa Okehazama will compose the music.

As of now, two previews have been released. The first one was just an announcement teaser whereas the second one was a sneak peek of the upcoming anime. 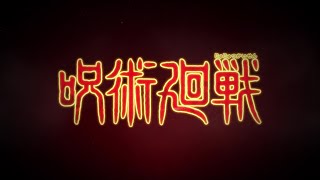