The MAGA (Make America Great Again) rallies are based on the famous campaign slogan used by Former Presidents like Ronald Reagan and Bill Clinton during their presidential campaigns. However, it was popularized by Donald Trump who used it as the center of his successful presidential campaign in 2016. The next MAGA rally is going to be held in Wisconsin on June 12, 2021. The rally is going to have speakers like Chris Cox, Mike Lindell, Dinesh D’Souza, Charlie Kirk, and many more!

What can we expect at the rally?

According to the official website, the gates will open as early as 9 AM while the program will last from 11:30 AM to 4 PM. The program will begin with a 4-plane-military-flyover and will be a celebration of freedom as Americans. The website also promises chairs, bleachers, and grass along with lots of concession stands of hotdogs, hamburgers, chips, and beverages for everyone to enjoy the show. There is also a place for camping, tubing, and water slides on the property. There is off-site parking with shuttle buses to travel within. The tickets are free and one of the first 2000 entrants will get a chance to enter the VIP section and meet the Speakers. 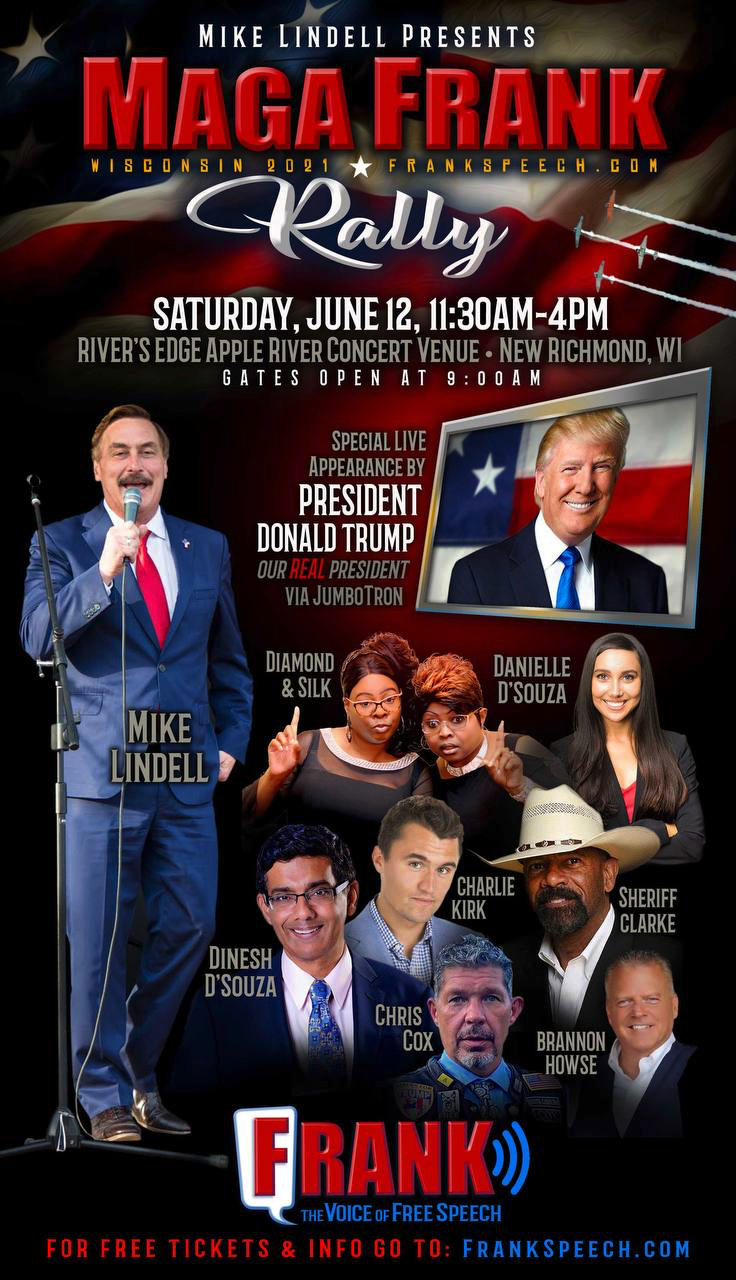 Must Read article – How to Book MAGA Frank Rally Tickets

Who is Mike Lindell?

Born on June 28, 1961, Mike Lindell is most famously known as the ‘My Pillow Guy’, the founder and CEO of My Pillow. He is also an avid supporter of Donald Trump and has gone as far as to support his effort to overthrow the 2020 election result. When he spoke at the 2019 Conservative Political Action Conference, he referred to Trump as the greatest president in the history of America and claimed he was chosen by god. Lindell has also started the Lindell Foundation and the Lindell Network which helps addictions, cancer victims, and veterans. He has also been touted by Donald Trump to run for the post of the Governor of Minnesota against Tim Walz in 2022.

We hope you found this article informative and useful. We are going to continue the coverage of this MAGA rally in its lead-up to the 12th of June. We will be covering other speakers of the rally in our upcoming articles. So stay tuned to our channel for continuous updates. You can register for the event from this website. To stay up-to-date on all the news, tune in to our website! We write articles on the latest news in technology, politics, entertainment, and everything in between!