Netflix’s Cursed Release Date, Cast, Story, & Trailer: Check Updates: Netflix’s Cursed Equivalent to Game of Thrones? Cursed is an adoption of a book that exists with the same name by Frank Miller and Tom Wheeler. The plot seems to be extremely intriguing and gives the audience a feel of the “Game of Thrones” series, but it is somewhere close to it. The upcoming drama seems worth being a binge-watch and looks interesting enough that is setting the expectations high.

The good news for the audience is that Netflix announced its premiere date, and the show will be streaming on Netflix from the 17th of July 2020. The series is said to have ten episodes, and the official trailer and posters are out already. What intrigued the audience more was the poster and the tagline that says, “What if the Sword chose a queen?”. This gave everyone major chills, and the lead Katherine Langford looks incredible in the posters!

The story is seen through the eyes of the lead actress Katherine Langford as “Nimue.” She is the main lead who is blessed with powers, and mysterious things whose destiny is to save her people from the terrifying Red Paladins and a king named author. She is destined to high power and authority and is ready to become the lady of the lake.
After her mother’s death, she finds a growing attraction in her partner Arthur, a Young mercenary in a quest to find Merlin. He aims to deliver an ancient sword. Over time, Nimue finds the courage to deal with the people and face her fears is a story that will grow on people.
Through the trailer, we see that the show will hold a lot of dramas for the audience. Nimue’s quest in delivering the promise she gave to her mother, and the words, “You’re not Fragile maid, you’re a warrior,” provides the audience with nothing but chills. 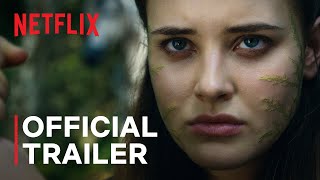 We also see how she acquire power by the end of the trailer through the sword and how she manages to knock people through her powers, now that is some drama that we need in our daily bingeing life. That is precisely what Netflix added to our list. The 17th of July 2020, all the drama will unfold, and the audience is in for some super fascinating, thrill drama that will make you wonder what will happen next?
Don’t believe us? Watch the trailer you’ll know the all this buzz is about.
Facebook0Tweet0Pin0LinkedIn0