Ratched is an American psychological thriller that is available on Netflix. Evan Romansky creates the show, and it is developed by Ryan Murphy. The series stars Sarah Paulson in a lead role, and the series has received some mixed reviews from the audiences. It dropped on Netflix on the 18th of September 2020, and ever since then, it has been in talks. The series has a 2 season premise out of which the first season is already available, and there is no new information on the 2nd. But today, let’s just talk about the first season and audience view.

Ratched recently dropped on Netflix and has become the talk of the industry. This series is a psychological thriller, and the Netflix viewers have a very different opinion on the series. Please note that the series is rated for adults only as it contains nudity, rape, gore, and many things that are not advised to view children. While some audience believes that the show is outstanding, and others have a different view. The only concern about the viewers is that the episodes, which include child abuse, therapy should come with a disclaimer of “trigger warning.”

The series revolves around the origin story of an asylum nurse Mildred Ratched. The story is set in 1947 hen Mildred comes to California to seek employment in a psychiatric ward. The things that are conducted in the hospital are bothersome and quite unsettling. Ratched always presents herself as the idol nurse, but the tables always keep on turning. She tries to infiltrate in the mental ward where things get cleared. The series is a representation that the people are not born as monsters, but they are made. The series includes many scenes that can be disturbing many, and there are trigger warnings in the show as well. Watch the trailer of the series below. 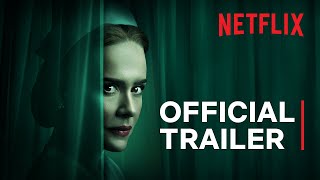 Ratched series aired on Netflix on the 18th of September 2020. The series has received a mixed review from the public, and many have been vocal about their arguments on twitter. Ratched is a psychological thriller and is for adults’ views only. The series contains things like therapy, child abuse, nudity, smoking, and more. The series stars Sarah Paulson in a lead role, and the first season is available on Netflix. For more updates on web series, upcoming movies, and more, stay tuned to world wire.