Raksha Bandhan: India is the land of diversity, being the most populous country in the world, India manages to take care of every community that lives here. India is the only country where more than 15 communities resist and live in peace. When I speak of society I do speak about its cultures, lifestyle, and religious practices. Being a democratic country, the people here have various rights, and the right to celebrate cultural activities is one of India’s rights. Rakshabandhan 2021 Date & Time

Rasha Bandhan in India is one of the purest festival celebrated by the people living here. Tying Rakhi on brother’s wrist is nothing but an assurance of safety that a brother should provide to his sister. Indian mythology has several tales on this occasion. Take a look at some of the stories, which makes this festival most genuine. Rakshabandhan 2020 Mhurat, & Puja Vidhi 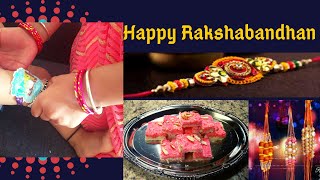 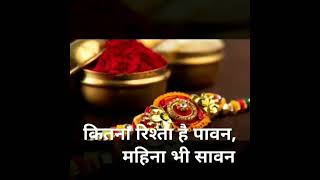 It is believed that tying a rakhi on Shravani Purnima or Sankranti date cures terrible problems. Maharishi Durvasa enacted Rakshabandhan for the prevention of planetary vision by the presiding goddess of Shravan.

Rakshabandhan gives a strong base of love in the sacred relationship between brother and sister. This festival celebrated on Shravan Purnima day is also of historical, social, religious, and national importance.

On this day, the sister ties silk thread on brother’s wrist and wishes for her longevity, life, and safety. Bounded by this sister’s affection, the brother is determined to protect her.

The mythology behind tying Raksha Sutra

The Tale Of Queen Indrani And The Demon King

On the basis of several Hindu Mythology Books, there was a massive war going on the gods and the demons, once they decided to end this war and solve their disputes with peace. The king of Heaven Lord Indra urged his wife to tie Rakhi to the demon king and ask protection in return. Indrani tied Rakhi to the demon king, which resulted in peace. Since then, Raksha Bandhan is known as the symbol of Protection. 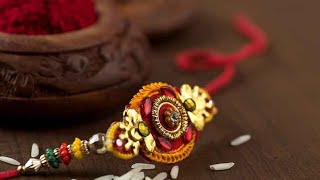 There are several stories that prove that Raksha Bandhan is the only occasion celebrated by every community reside in India. Queen Karmavati of Mewar tied Rakhi to Humayun, who was once a great Mughal Emperor to assure her and her’s kingdom safety. After this, the king accepted the Rakhi and assured her Protection. 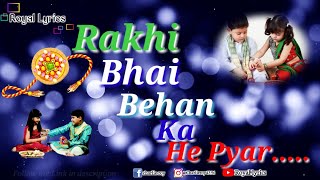 The Tale Of Alexander’s wife and king Puru

The Tale of King Raj Singh and Princess of Rupnagar

For the sake of Rakhi, King Raj Singh saved the princess from Rupnagar and rescued her from the clutches of King Aurangzeb.

However, the generality of Rakshabandhan is much more. Rakhi is being tied to protect the country, protect the environment, protect religion, protect interests, etc. 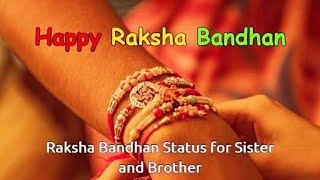 This story is associated with the Mahabharata period. In the Mahabharata period, when Shri Krishna killed Shishupala with his Sudarshan Chakra. When Sudarshan Chakra came back to Shri Krishna, at that time, Lord Krishna’s finger was cut, and blood started flowing from Lord Krishna’s finger. Seeing this, Draupadi tore the edge of her pallu and tied it in Krishnaji’s finger. About whom Krishnaji had pledged to protect Draupadi from him. To repay this debt, Shri Krishna kept shame on him while draining Draupadi by Dushasan. Since then, the custom of celebrating Rakshabandhan is going on.

How to celebrate Raksha Bandhan

Rakhi is tied to the sister or brother’s house as per their convenience. Most of the sisters go to the brother to tie a rakhi. The family relationship is strengthened by tying Rakhi to brother-in-law, nephew, niece as well. Take a bath early in the morning and wear beautiful clothes and prepare a plate of Raksha Bandhan.

Items to be kept in Raksha Bandhan plate

Nowadays there is a lot of practice of armchair rakhi, jhumka rakhi, and many other fancy rakhis. Know the choice of Rakhi from a sister-in-law. You can also buy silver ash, which is available in all types of price ranges.

To celebrate the occasion, keep the Chopra with the roli and rice. If the Chopra is not there, put the roli in a small bowl. So that after adding water to it, it does not spread in the plate. Keep in mind when adding water in the roli, water should not be excessive. 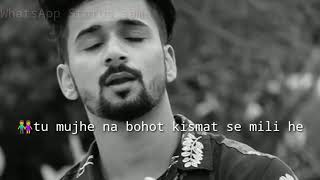 I know the country’s situation is not suitable enough to travel, I don’t know when the pandemic will end, but I know that the love of a sister for his brother will never end. World-Wire wishes you all a Happy and prosperous Raksha Bandhan. Stay safe guys, if anything new occurs world-wire will notify you.