Tucker Swanson McNear Carlson is a paleoconservative television host and political commentator who hosts Tucker Carlson Tonight on Fox News every night since 2016. In the 1990s, Carlson became a print journalist, writing for The Weekly Standard. 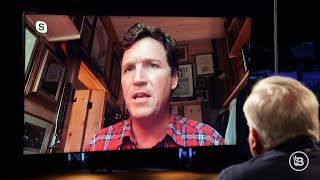 Tucker Carlson tells Glenn that America is filled with weak men. Society has been impacted greatly by this. Tucker joined Glenn Beck on a recent episode of the Glenn Beck Podcast to explain why it’s so important to understand the natural differences between men and women.

Tucker Carlson Wife – Everything you need to know about her