Hirugashi has already had an anime released on April 4, 2006, which comprised of 26 episodes. Hirugashi back in 2006 set the bar for every mystery/horror anime. The bar was very high and not many anime has been able to even touch that bar. Second adaptation When They Cry: Kai was released in Summer 2007, which followed a somewhat different route and consisted of 24 episodes.

On January 6, 2020, 07th Expansion and Kadokawa announced that a new version of the anime is in production and will release in July(Now delayed). Fans were happy that it will contain few arcs that were not touched by Studio Deen back in the day, but the trailer and preview had made it clear that this will be a story that is already covered, making it a reboot.

Higurashi When They Cry Reboot Cast and Staff

The anime is being produced by the Passione production house(High School DxD Hero). Character Design is being taken care of by Akio Watanabe(Monogatari series), and Infinite(Hataraku Maou-Sama!) is the producer. Keiichiro Kawaguchi(Great Teacher Onizuka ) is the director of the series, Naoki Hayashi is the composer of series and music composition is handled by returning Kenji Kawai.

More characters and Cast Members will be announced very soon by the production house.

The reboot was supposed to be released in the month of July but it has been postponed to the month of October. Looking at other reports the anime will air in the first week of October. No official date of release has been announced yet, so it is a possibility that anime might be delayed further but we hope that it doesn’t happen and the anime release as scheduled.

Higurashi When They Cry Reboot Plot

The story focuses on Keiichi Maebara who has just moved to a small town named Hinamizawa. He is making new friends, Is happy with his new school life and is enjoying his life to its fullest. When he got to know that a murder has taken place in the village in the past. When he asks his friend about the details they won’t tell him anything and his curiosity and uneasiness increases when at the town’s yearly festival he got to know that for last 4 years at the night of the festival there has been a murder and it is because of the curse of Oyashiro-Sama. It is a punishment for those who have supported the Dam project that would have put Hinamizawa underwater. 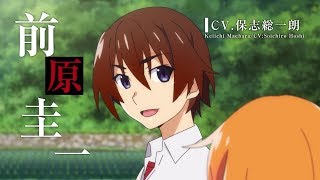 Higurashi has been a cult classic horror anime and it has a major involvement in upbringing the horror/mystery genre of anime. Another thing that was so good about the original anime was its Opening song. That OP still makes people shiver with excitement. We hope that the reboot lives up to the expectations. The trailer that was released on March 21 has given the fans lots of hope and everyone is looking forward to this.

Facebook0Tweet0Pin0LinkedIn0
TagsHigurashi When They Cry Reboot