Christopher Bollyn is an investigative journalist from the United States. In addition to Solving 9-11, he has written The War on Terror: The Plot to Rule the Middle East (2017). His academic background is in history with an emphasis on Israel and Palestine from the University of California at Santa Cruz. The history and geo-political background of the September 11, 2001 terror attacks have also been extensively discussed by him, in addition to electronic vote fraud, depleted uranium dangers, and the Middle East. Throughout the United States, he has done several speaking tours on 9-11.

More information about Christopher bollyn and his books can be found on his website – bollyn.com 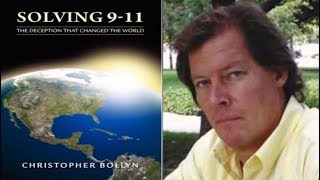