Minnesota is known for its wildlife and forests. There is various unique type of animals and birds found in Minnesota. One of them is the snakes of Minnesota. In this article, we will cover all the dangerous snakes that live in Minnesota. 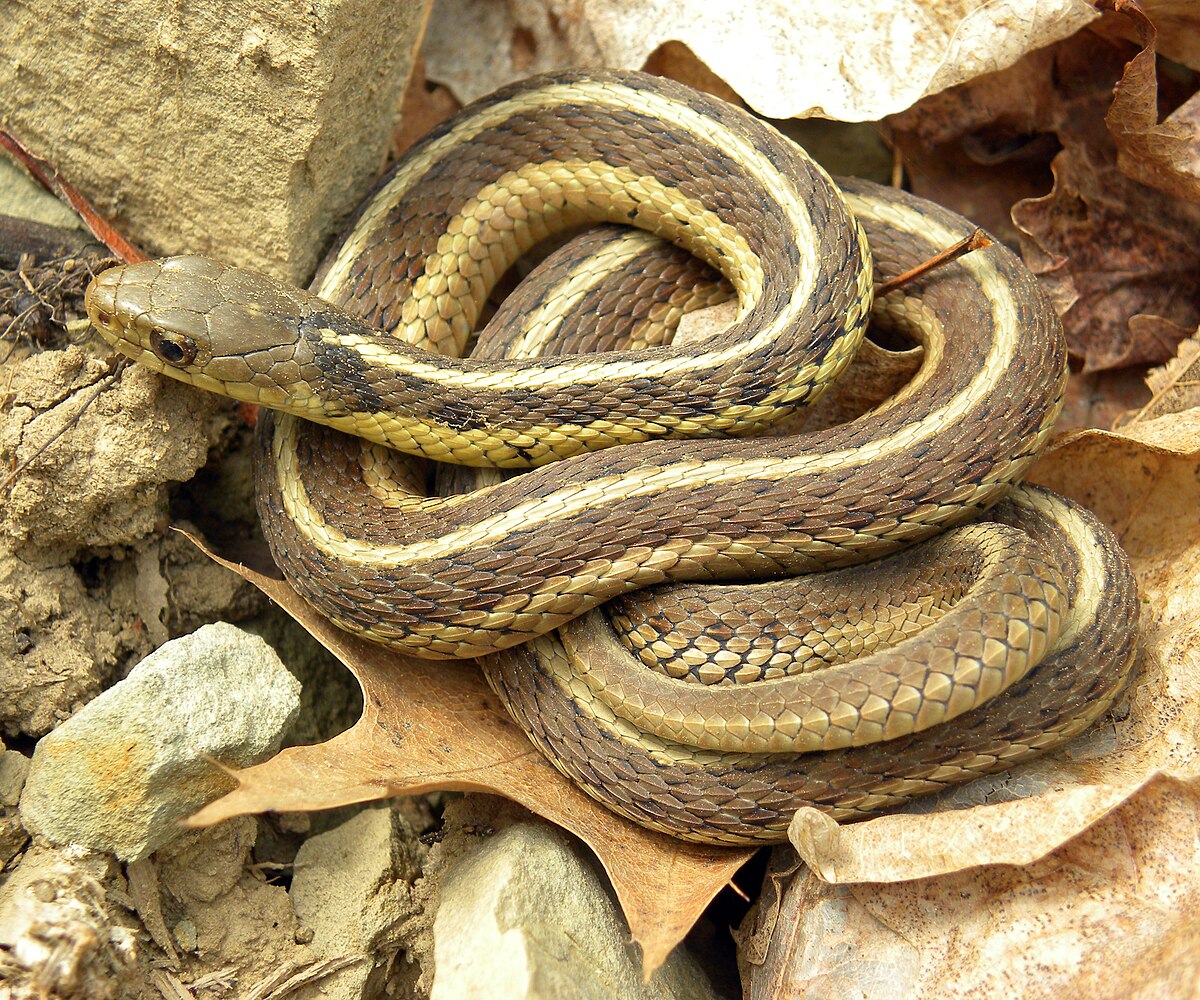 22 – 32 inches. Common Garter Snakes are black or brown, with a yellow-colored stripe down the center of the back and one down each side on the second and third row of scales. The lines on the side may blend in with the color of the scales on the belly (ventral scales), making them hard to distinguish. The area between the stripes may be primarily black or checkered with red or yellow blotches. Common Garter Snakes in Eastern Minnesota tend to have more yellow coloring than red. The belly is cream or gray with no pattern, and the upper lip may have thin black stripes on the edges of the scales. Some Common Garter Snakes may have red coloring on the underside of the tail. Sizes range from 15 to 28 inches. The Plains Garter Snake is black or brown with a yellow or orange stripe down the center and one on each side of the third and fourth rows of scales. Lines on the sides are usually easy to distinguish from the color of the belly. The area between the stripes can be primarily black or checkered with brown, red, yellow, or greenish hues. The lips are black, while the belly is cream or gray with dark blotches down the sides.

Sizes range from 8 to 15 inches. Lined Snakes are gray or brown, with a light-colored stripe down the center of their backs and one on each side of the second and third rows of scales. Lines on the side may blend in with the color of scales on the belly (ventral scales), making them difficult to distinguish. In addition, two rows of dark half-moon-shaped markings cover the belly. 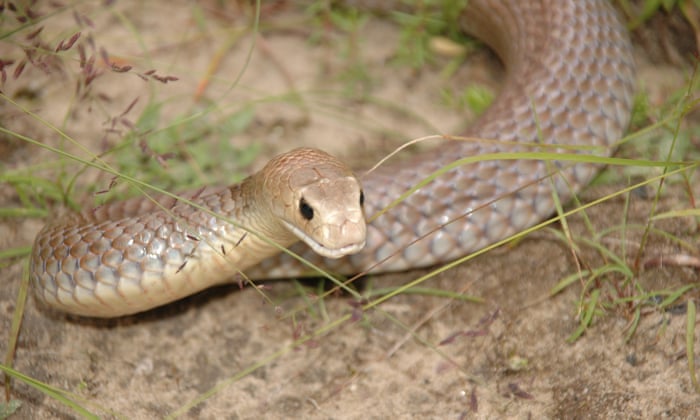 The size ranges from 9 to 13 inches. Brown Snakes have a brown color and a checkered pattern. There are two rows of spots running down both sides of a faint stripe on the back. A dark line may connect these dots to form bars. The belly is usually light gray or cream, with a slight pink tint.

8 to 10 inches. Its color ranges from dark shades of gray or brown to lighter shades of rusty red or cinnamon. Three light spots are visible on the neck, and a stripe of more golden color runs down the center of the back. As its name suggests, the belly is usually bright red, but it can also be orange or pink. 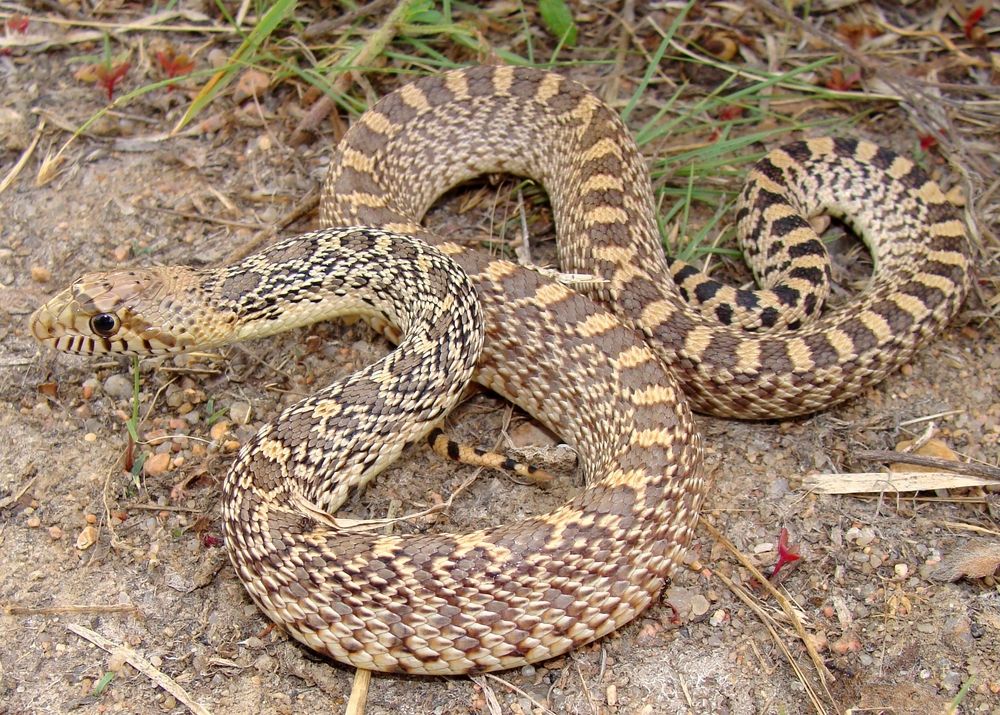 36 to 72 inches. A bullsnake’s base color is light, yellow, or straw, with a row of dark blotches down its back. There are smaller blotches, bars, or speckling on the sides. In adults, patches and other markings are usually very dark near the head and tail but fade to a light brown or rust color in the middle. A series of dark squares are scattered across the belly.

36 to 50 inches. The Western fox snake is light-colored, with dark brown to almost black blotches. There is a dark checkered pattern on the belly that is light in color. They are often mistaken for Copperheads (which do not occur in Minnesota) because adults have a reddish-orange or copper-colored head. Western Fox Snakes look similar to adults but lack the reddish-orange head color. 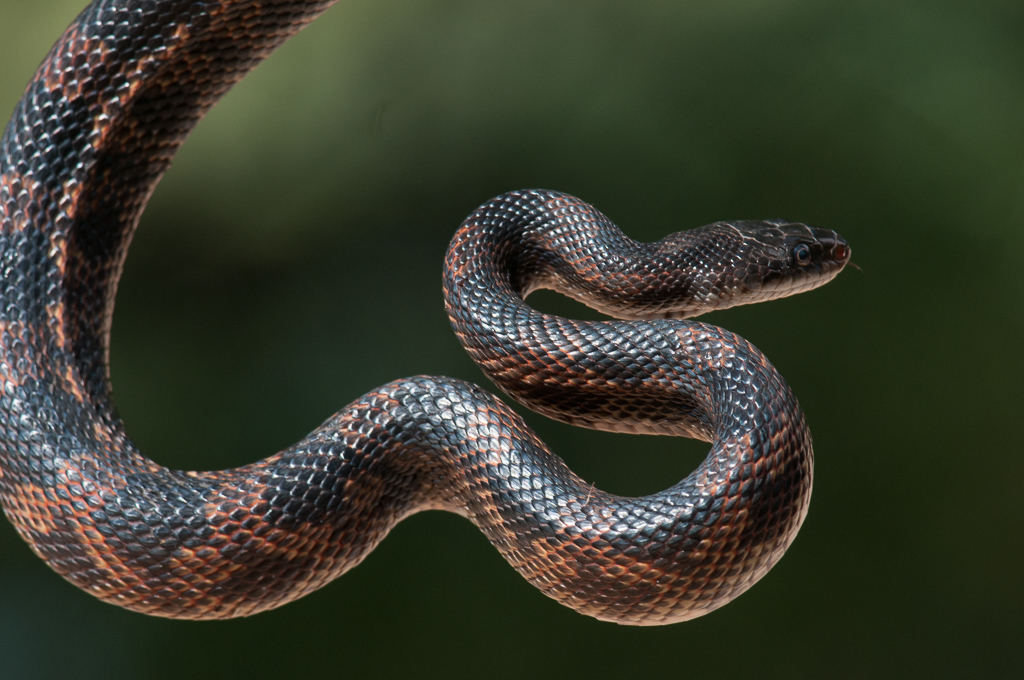 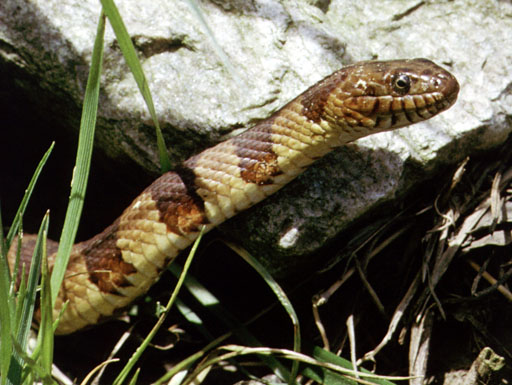 The size ranges from 24 to 44 inches. A northern water snake is gray to brown, with dark brown, reddish-brown, or black bands at the head that become blotches as you move down the body towards the tail. In adults, the pattern may fade, making it appear solid black or brown. There is a combination of red and black markings on the belly that become darker near the tail. On the stomach of some Northern Water Snakes, yellow or orange coloring may be present with or without the red and black markings. 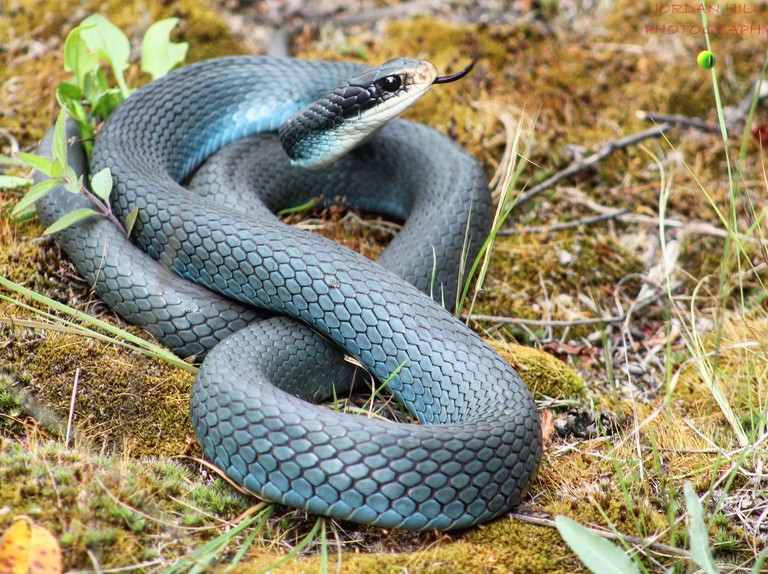 Sizes range from 24 to 50 inches. As young animals, racers are light in color with dark reddish-brown blotches. It has a white belly with small black, brown, or reddish spots. Marks on the back and places on the stomach will disappear as they grow older. In Minnesota, adult racers are uniformly brown, green, blue, and occasionally black.