Erik Finman has been quite in the limelight since his teenage due to various reasons, one of the most prominent reasons for his being famous around the world is the right cryptocurrency investments he made when he was just 12 years of age. When he invested in Bitcoin, it used to hover around $15, now that Bitcoin and other cryptocurrencies have seen a tremendous rise in prices and trade volumes, Erik Finman’s net worth must have skyrocketed even more.

Erik Finman has been related to conservative ideology for quite a long time, he is one of the famous Trump supporters. Erik Finman has been creating a lot of buzz in the United States since the beginning of July 2021 due to the launch of a new free speech and privacy-centric smartphone named, ‘The freedom phone’. The freedom phone is supposed to be free from data piracy from Google and Apple’s operating systems, the smartphone will be running on an entirely new operating system. This operating system will not be tracking user behavior and data and will also alert users of any harmful apps or websites. The freedom phone will come pre-installed with several free speech-centric social media apps like ‘Parler’, Duck Duck go browser, and even conservative news apps. In short, the Freedom phone is going to be heaven for people who love and respect privacy.

Also read: How To Book Freedom Phone by Erik Finman?

Erik Finman also made to 2014’s Times’s list of most influential youngsters of the year, Eric’s life and decisions have influenced many youngsters to make smart choices and lead a better life, Erik has always been very vocal about his life and how he got into Cryptocurrency and what are his plans for the future.

Erik’s personality and life are rather interesting and we really want you to have a better look at it, so in this article, we will tell you about Erik Finman’s net worth, bio, lifestyle, family, and relationships, and we will also talk about how much Bitcoin does Erik Finman own currently?

Erik Finman Net worth is $30 Million in 2021. Finman became too rich, too early in his life. When Times regarded him as one of the most influential teens in 2014, he was already sitting at more than a million dollars in net worth. In 2014, Erik’s primary source of income and net worth used to be just Cryptocurrency. But it’s 2021 now and things have pretty much changed, Eric is now involved in multiple ventures including the stock market, cryptocurrency ventures, and many other tech-related ventures. It seems that all his life, Eric has hardly made any wrong investments and decisions and so here he is!

How Many Bitcoins Does Erik Finman Own?

Erik Finman Owns 500 Bitcoins worth $20 Million in 2021. Erik’s first 1000$ worth of investment came from his GrandMother’s money which was supposed to be used for his studies. There is quite an interesting story behind Erik’s investment in Bitcoin, Erik went to a protest regarding the 2008’s economic depression where he met a hippie wearing a Bitcoin T-shirt. On asking the hippie about Bitcoin, he told, me that Bitcoin is gonna end all this wall street and is the next big thing. The thought instantly hit Eric’s mind and after extensive research online, he and his brother finally decided to invest in Bitcoin. It is rightly said that all big things happen with one brave step, spending 1000$ on something so uncertain that too during the great depression is one big and brave step, but it seems to have paid him well. 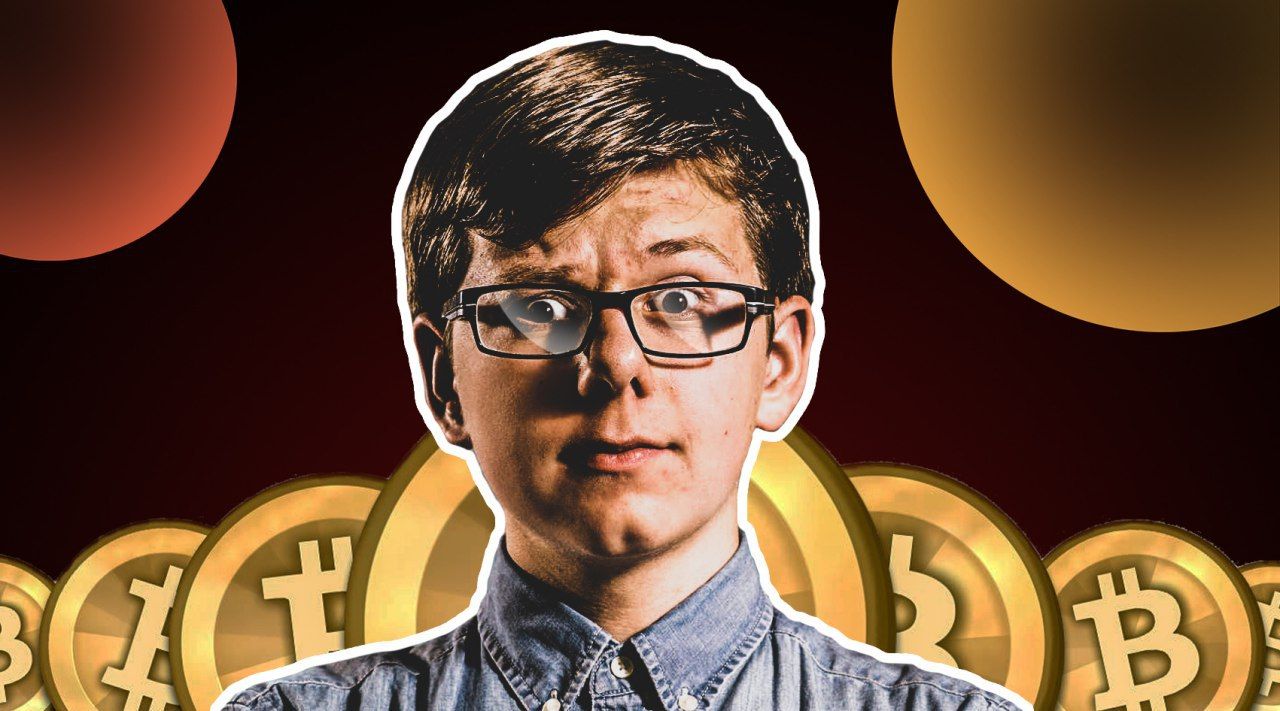 Finman was very brave about his life choices and so he dropped out of school to work on his own company ‘Botangle’ which pairs students with teachers. Erik sold $1,00,000 worth of Bitcoin for the startup. Erik never really liked school and his teachers used to ask him to drop out. Eric once posted a throwback screenshot of an email he sent to his teacher titled, ‘Look where I am now’. Erik once even paid $8500 to meet his idol, the founder of Reddit, Alexis Ohanian. Eric Finman is currently pursuing his Ph.D. at the Massachusetts Institute of technology. 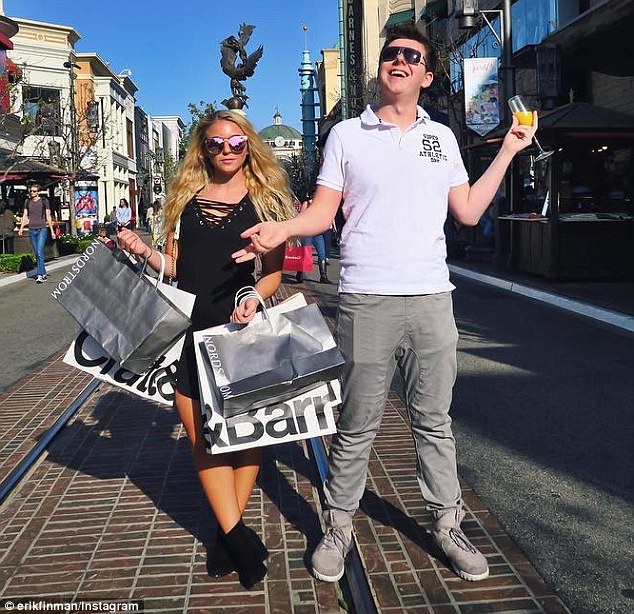 Erik Finman is a super hard-working guy, he is constantly working to spread and increase his fortune in Cryptocurrency and other ventures. With so much happening around him and so much to handle, there is nothing much Finman wants to talk about relationships. Erik Finman has not come out openly on a relationship, He claims to be single at the time. The rumors of him being in a relationship with a girl were quite spread but there is no official confirmation of this. He has also not declared his sexuality. Erik is at the moment, presumed to be not gay, bisexual, transgender, or non-binary.

Erik Finman was born in Idaho Tween, United States, On 26th October 1998. He was brought up alongside his two brothers named Scott and Ross and has had a closed family life. Erik is the youngest of all the children in his family. His parents both have a doctorate and met during their Ph.D. at Stanford University. his weighs 63 KGs and is 5’4”. The color of his eyes is brown. Eric Finman is primarily American by nationality and follows Christianity. 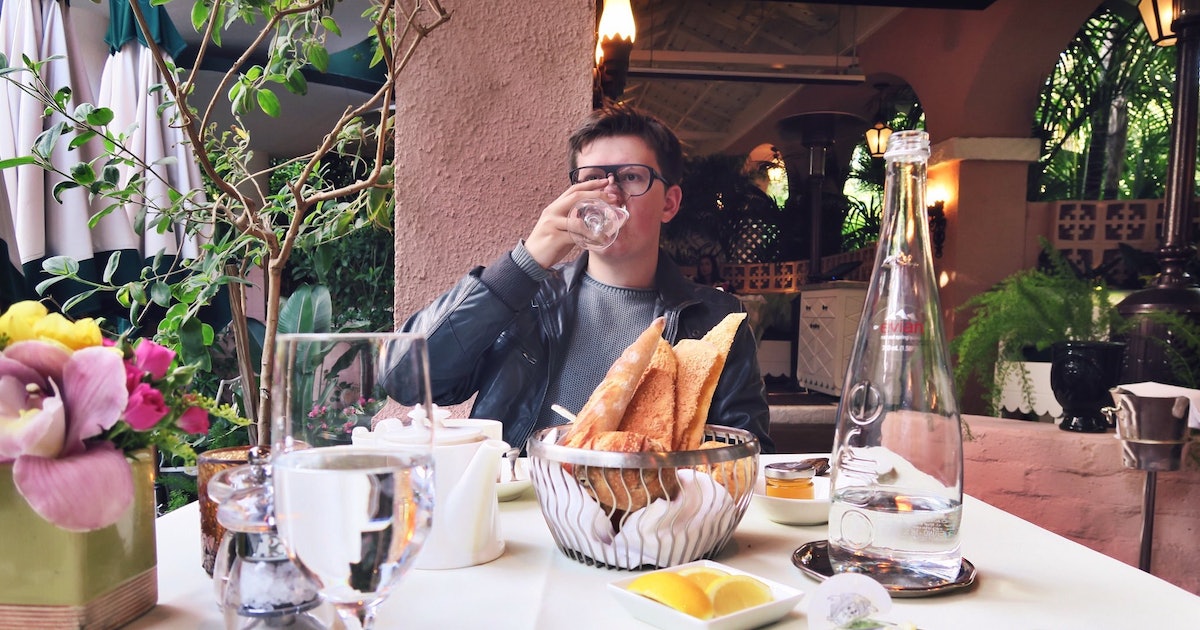 Erik Finman likes to lead a simple lifestyle. He does own a fancy car and a villa, but nothing big apart from that. There is hardly anything like a simple life. The biggest billionaires of the world, don’t like to show off. The showoff is for celebs and showbiz people. Erik has always stressed the importance of building wealth and using the money for more crucial things in life.

There is a lot to learn from Erik’s lifestyle, he is still younger than many billionaires and rich people and is all set for a bang. If you make the right investment decisions at the right age, who knows? Maybe you can be the next Erik Finman.