The US presidential elections of 2020 saw a lot of weird things happening, one weird thing for a lot of American voters was for their favorite Donald Trump to lose. The American right-wingers and conservatives were taken by shock when this happened and since then allegations regarding the US democratic election being rigged or manipulated started coming out. Donald was the first and biggest preached of these allegations.

Almost all the popular right-wing personalities started accusing various organisations of the rigging of elections. One of the biggest accusations came right from one of the staunchest Trump supporters, Mike Lindell, the famous businessman from Minnesota.

Mike Lindell is one of the most popular far-right-wing and conservative personalities in the US. His strong political views and dedication to the motive of Make America Great Again make him even more popular among the conservative section of American society. Also, popularly known as the My Pillow guy, Mike Lindell got his nickname from his frequent appearance in the adverts for his company My Pillow, one of the leading manufacturers of pillows and mattresses in the United States.

Mike Lindell is so convinced about his claims of the results being manipulated and unethically turned into the favour of Joe Biden that he is all into proving them by his Cyber Symposium event, which will be taking place in South Dakota from 10th of August to 12th of August.

Lindell’s claims are shocking, and we want more and more people to be eager for the truth to come out. In this article, we are going to tell you about Voting Machine fraud explained by Mike Lindell. Mike Lindell has been the prime promoter of the allegations made by the former US president regarding the US elections. In the beginning, Mark Lindell along with other famous right-wing personalities took to Twitter in the support of Donald Trump, for which many of them got a permanent ban from the platform.

Then the storming of the US Capitol happened where Trump got a ban from Twitter and soon, Mike Lindell also got a ban from the most prominent social media platforms for spreading fake news in their terms. Mike Lindell took to Twitter and hinted at Antifa’s involvement in the attacks. Lindell was banned from the platform for hampering presidential integrity rules and spreading fake news.

On 12th February 2021, One America aired a two-hour film on the news channel, ‘The Absolute proof’. The film was produced and funded by none other than Mike Lindell where he explains what actually happened with the election results in 2020. Mike Lindell accuses the Electronic Voting Machine manufacturer Dominion of all that went wrong.

Mike Lindell says that the voting Machine’s algorithms were putting votes made in favour of Trump to Joe Biden already, but when the surge of votes for Trump went tremendously high, the machines could not take the hit and had to shut down their algorithms at precisely 11:59 PM. From here the machines were put into place back again and continue to function in the desired way. Lindell also pointed out the delays in Ballot counting across many states.

Mike Lindell also claimed that a Chinese cyberattack took place that manipulated the election results furthermore. These allegations surely came with a huge backfire for him as the major retailers for his company cut ties with him and also the ‘The absolute proof’ was taken down from Youtube for violating their policies.

Was the 2020 US Democratic Elections Rigged? 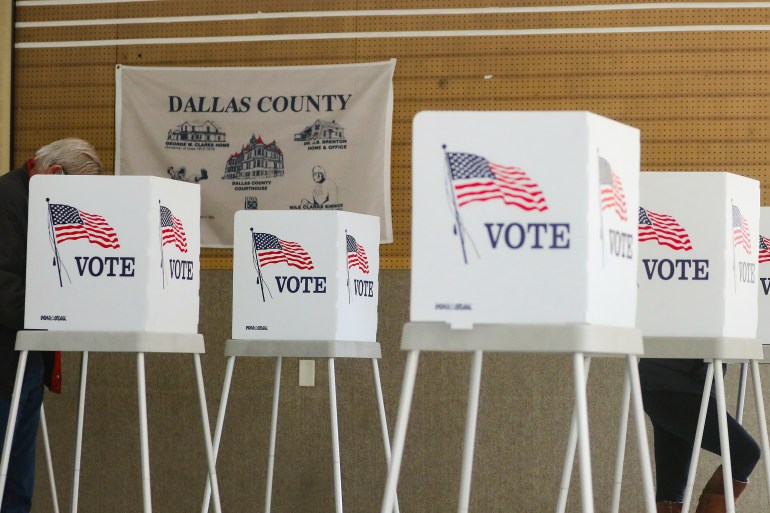 There is absolutely no way of finding out if the US democratic elections were actually rigged or it is just another propaganda by the right-wing. One thing is for sure, that every organisation which is involved in the allegations is somehow trying to suppress the free voice. We have absolutely no idea who is speaking the truth here, but if there is one thing that we can say is that free speech should not be suppressed.

Big corporates like Dominion are already trying hard to come out clean on all of this by pressing harsh lawsuits against those who raise voices, Lindell was smashed with a lawsuit worth $1.3 Billion, but thankfully, Lindell is not one of those people who can be troubled easily and so he is fighting hard for his rights. Mike Lindell also launched one of the first free speech-centric social media platforms in the United States named Frankspeech.

The claims for the US election results being manipulated are coming from big people like Donald Trump and Mike Lindell himself, the extent of these claims being correct is still unknown. As of now, they have been unable to prove any of their claims legally, but it is a matter of time until we know the complete truth about the elections.

The claims of the US elections being rigged are also backed by immense technical detail and insight, such claims are less likely to be false. More details on Mark Lindell’s Claims will be revealed at the Cyber Symposium event.

What All Will Be There At The Cyber Symposium Event?

The event is expected to be attended by some of the most prominent republican celebrities in the United States, various cybersecurity experts will also be attending the event. Mike Lindell also promises a massive bounty of $ 5 Million to anyone who can prove his claims to be false.

What Are The Other Claims By Mike Lindell?

Apart from the Voting machine fraud, Lindell also has some other claims about the elections. The Very first is the foreign involvement, he says that Chinese hackers hacked into the American voting system and flipped votes in favour of Biden. He claims to have IP addresses backing this.

The second one is the flipping of votes in the County of Antrim in Michigan where 7000 votes were flipped in favour of Biden. The third and the last one is the involvement of ineligible voters in the elections and also the unethical use of ids of dead voters.

Politics is bigger than every one of us, we cannot possibly determine what happened in the elections. As good American citizen, all that we should wish for is that the truth shall prevail.

Keep reading on world-wire.com for more content like this. Support us on patreon if you want to contribute.